Ewing Schools Release:  EHS Marching Band Having the “Time of Their Lives” Performing

In the beginning of August, the Ewing High School marching band held their summer band camp.  This week is pivotal in the success of the band’s fall field show, as it is a time for learning the basics of marching, learning the show music and creating a positive environment for the students to feel connected to and proud of. 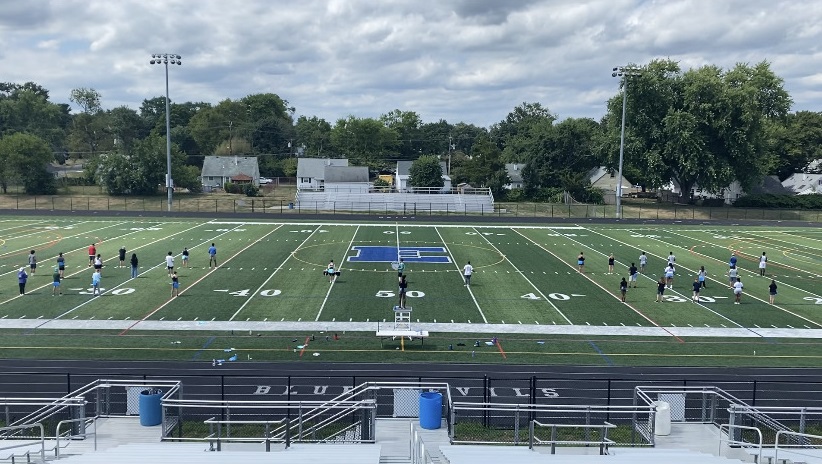 This year’s band camp was a major success and the band's fall season is off to a great start.  This year the band has grown by around 10 members, and although half the band consists of freshmen, you would not know it as these young musicians have not missed a beat!

The band is being led by two excellent student leaders: Senior Drum Major Sydney Smith and Junior Drum Major Lauren Nelson.  Sydney had this to say about this year's camp: “Band camp was awesome! The freshmen came in ready to jump right in and we got so much accomplished.  I am really looking forward to helping my peers put on an amazing halftime show for the football games!”

This year’s field show is entitled “Time Of Your Life: The Music Of Green Day”.  The students are loving the music and having a blast sharing their passion with the community every week.

Come on out to one of our home games and don’t be afraid to stop by the band and say hello!