The Ewing Public Schools Organizes for 2023

The Ewing Public Schools Organizes for 2023

School Business Administrator/Board Secretary, Mr. Dennis Nettleton, opened the meeting and read into the record the official results of the November Board of Education election.  Mr. Nettleton then conducted the oath of office for returning Board members Mr. Daniel A. Angebranndt, Mrs. Nicole NW Harris and Mr. Michael S. Miller, along with first one-year term new Board member, Ms. Sandra L. Herrington.  Mr. Angebranndt and Mrs. Harris were elected to their second-term, which is their first three-year term as a Board member. Both served a one-year first term in 2022.  Mr. Miller, was elected to his second term three-year stint as a Board of Education member and was first elected to the Board in November 2019.  Mr. Angebranndt, Mrs. Harris and Mr. Miller will serve three-year Board of Education member terms from 2023 through 2025.  Ms. Herrington will serve a one-year term in 2023.

The Board also approved its meeting calendar for 2023, which is posted to the website under the Board of Education/Ewing BoardDocs/Library/Events, as well as several other governance and parliamentary functions.

At the conclusion of the meeting, several Board members and Superintendent Dr. David Gentile thanked and commended outgoing Board President Anthony Messina for his efforts in the leadership role.  This was Mr. Messina’s third time serving as President of the Board of Education.

Ms. Herrington is a proud public-school teacher at Kuser Elementary School in Hamilton Township, New Jersey.  She has a Bachelor of Arts degree in Sociology from Arizona State University. She completed her post-baccalaureate teacher preparation program at California State University, Los Angeles, earning her California Multiple Subject Teaching Credential (K-6). She also holds New Jersey K-12 Social Studies certification. A firm believer in life-long learning, Ms. Herrington recently earned her Teacher Leader Endorsement at The College of New Jersey. She is very involved with advocacy for students and her profession at the local and state levels, sitting on a variety of committees in both the district where she works and her local, county, and state education associations. Originally from Ohio and raised in Florida, Ms. Herrington and her husband made Ewing their home in 2005. They currently have three children in the Ewing Schools, one at each level. 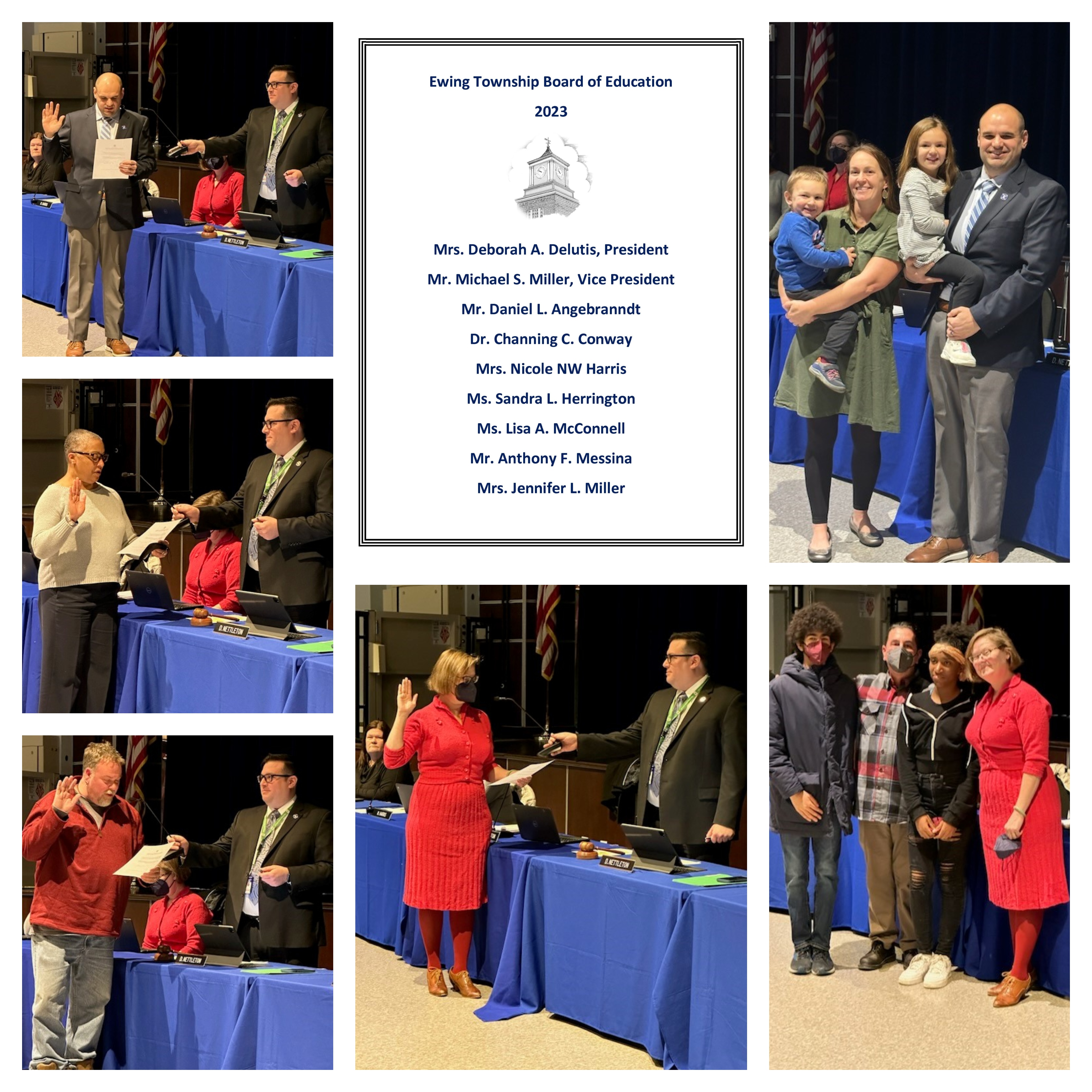 NOTICE OF BOARD OF EDUCATION MEETINGS

The Ewing Township Board of Education has scheduled the following Board Meetings.  All meetings are regular business meetings unless otherwise noted.

The Board will meet at 6:00PM and at that time, there will be a brief opening and the Board will move into Closed Session for one hour and return to the public at 7:00PM.