EHS Blue Devil Wrestlers had some Pins and Wins! 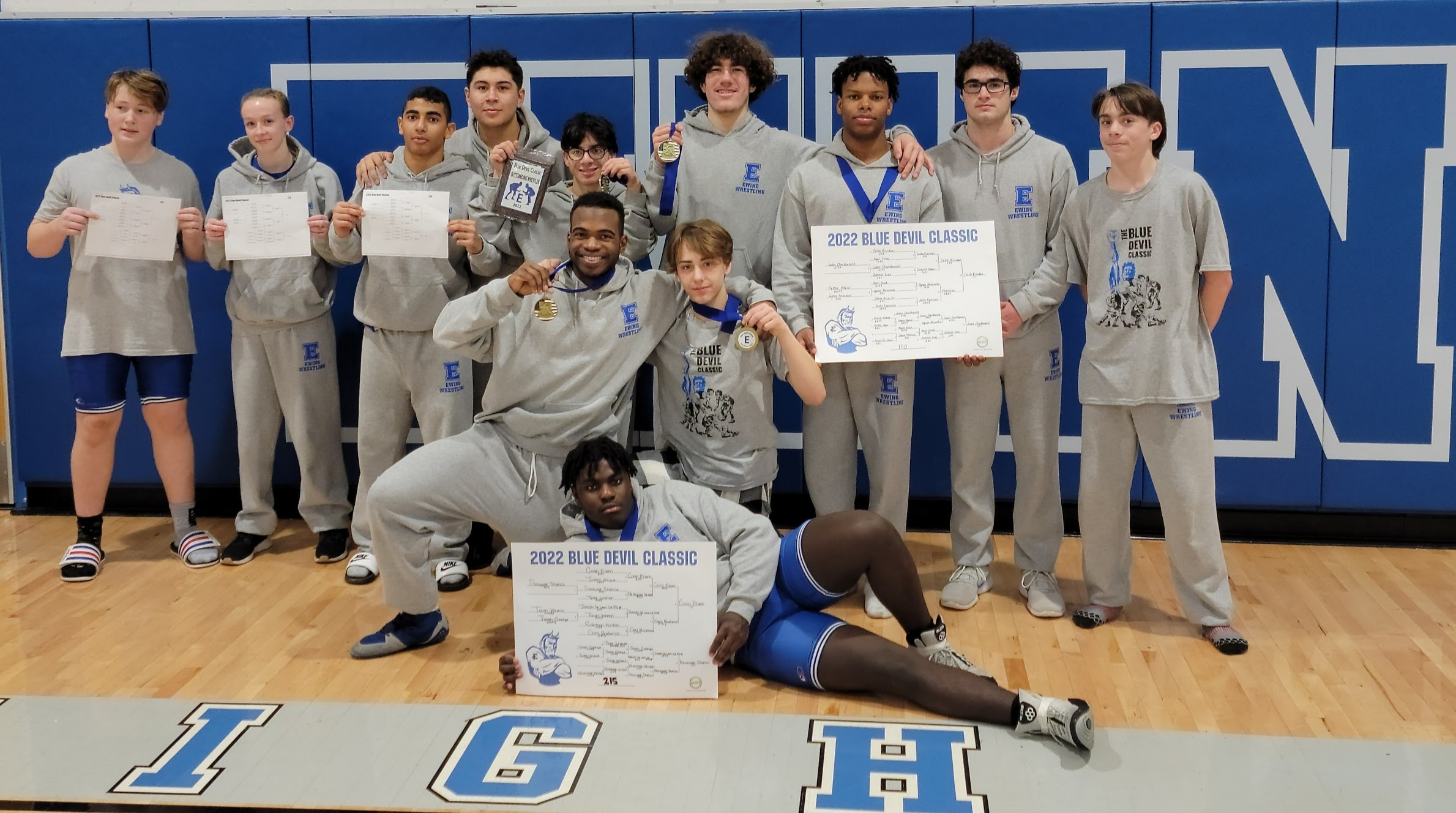 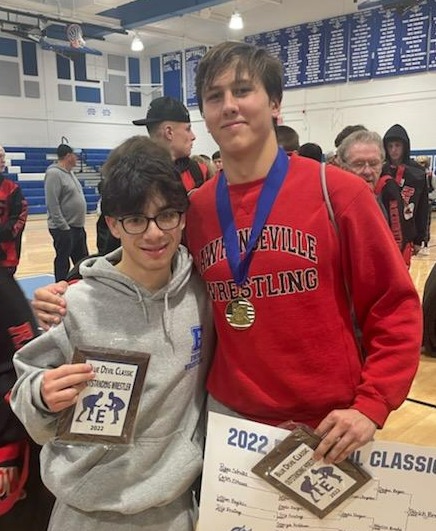 Talented sophomore, Connor Lane, put up an impressive fight in his championship match, taking home the second place medal, and junior and Team Captain, Gavin Dwyer and senior wrestler Kenneth Waugh both took home third place medals, respectively, in their brackets.  Joseph De leon De paz had two wins for the day and Tyler Sandyck, Amin Emara and Luke Weigle all won a match.  Samantha Dupee, battled the boys, fighting to the end, losing both matches by decision but winning a victory by scoring on her opponents and staying off her back.

Ewing High School Wrestling coach, Sam DeCavalcante would like to give special thanks to the Ewing High Wrestling Booster Club who did an outstanding job organizing concessions and tournament t-shirt sales.  Coach DeCavalcante also sends a ‘shout-out’ to the parents that donated food and spent the day working hard to ensure that food was available to all of the hungry wrestlers, coaches and the many visitors supporting the event at Ewing High School.

The Blue Devil Classic Wrestling Tournament could not take place without the support of the Ewing High School Athletic Director, Kyle Kaminskas, for setting up and running the tournament, as well as Assistant Athletic Director, Angelina Gummel, who did a fantastic job stepping up to take the reins when it was needed most this past Saturday. Thank you for supporting the wrestling program.